Participation, not observation, is the key to speaking well.

Conversation Classes are all about developing communication skills.

I found it quite amusing when an Australian mate of mine looked at me and said the phrase, “Let’s have a chinwag, ” and “With me, you don’t have to dot around.”

Chinwag was one of those words that I had no idea what the word chinwag meant at all, even though I understood what we were speaking about.

On the other hand, I realized exactly what he meant when he said “to dot around,” even though the way he pronounced the word “dot” was unrecognizable at the time.

It’s Australian for a chat, but literally, it means for one’s chin to wag. Just think, what does your chin do when you talk? If you don’t understand what I mean, you need to look up the words wag and chin.

So much so that I’ll go as far as to say that it’s the new fad, but why?

I believe people are finally beginning to realize that only study isn’t enough, and using it is essential if you want to develop the skills necessary to talk.
Let’s face it, shall we? I mean, what’s the point of learning any language if we can’t use it when we need it?!!

Unfortunately, many people I’ve encountered have learned English on a very superficial level.
It still never ceases to amaze me how many people still lack essential communication skills even after a year of study.

Before we get into whether a conversation class is right for you, let’s first understand what my friend meant when he said, “Daniel, with me, you don’t have to dot around.”

To better help illustrate my point, let us talk about the phrasal verb come across. We could say:​

“I came across an interesting book in the library.”

“She came across as a nice person.”

Here we have the same phrasal verb used twice in two different sentences, yet they have two different meanings. Why? Well…. simply put, because of context, but more about that in just a moment.

In the first sentence came across means; found, and in the other, it means; seems.

Quite literally, if we wanted, we could rewrite those sentences.

“I found an interesting book in the library.”

Sadly, many students become discouraged and stop paying attention merely because of a word they don’t recognize while listening.

You might think that you don’t do that, and it could be that you don’t, but this type of behavior stunts growth, and many people are guilty of it.

Furthermore, through context, it’s possible to understand what the person might be saying even though you don’t understand every single word being said.

“You don’t have to understand every single word being spoken all of the time in a conversation to comprehend what’s being said.”

…That’s precisely what happened with my Australian mate.

So with chinwag, I needed to look at him and ask, “Chinwag?”

Maybe it had to do with his pronunciation of the word, but when he said, “Daniel with me, you don’t have to dot around,” I was able to look at him and say jokingly,

I had never heard “dot” being used in that way, and I most certainly didn’t believe that he actually meant the word “dot.”
Yet, despite not understanding the meaning of the word dot, we could carry on the conversation.

It was later that I approached him to ask what he meant by the word “dot.”
He thought about it for a bit and then said, “Ohhhhhhh, you Americans say dart.”

Needless to say, I found it very amusing, and “dart” made total sense.

The common American idiom for this is, “You don’t have to beat around the bush.”

My point being, keep listening and paying attention when having a conversation, even if a word or two is said that you don’t recognize because, through context, you can often understand the gist of what they are saying.

Furthermore, a good conversation class should encourage real-time learning by provoking thought and asking questions rather than just spoon-feeding everything to students.

So let's get to the question at hand, shall we?

Are conversation classes right for me?

If you are a person who already has obtained a large enough vocabulary, a notion of basic grammar structures, both present and past, know at least 20 or more verbs in all their forms, as well as pronouns, then I would say yes.

If you are a bit timid or shy to speak, then I would suggest that you get yourself doing conversation classes as soon as possible and don’t wait another second.

Assuming you are the type of student who learns best by making mistakes and remembers more easily how to do things correctly, then I would say you should take our English Conversation Course.

Let us show you!

A Piece of Advice

At one time or another, you will have to loosen up and allow yourself to commit mistakes. Real improvement only comes through trial and error, which is a natural process and can’t be avoided. 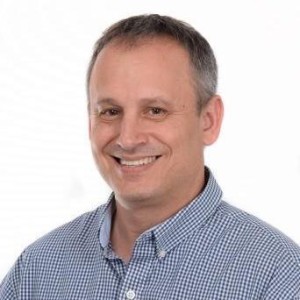 Ceo of The Nativ English School and the founder of the Nativ English approach to teaching English, Dialect Coach for seasons 3 & 4 of the Netflix series, "The Greenhouse Academy."

It’s no wonder why it’s considered the universal language. Funny, we use the word universal rather than global. I suppose if we ever meet alien lifeforms, they too would need to take English classes.

Intensive Course – What’s it All About?

Is it just me, or have people misconstrued the whole idea of an Intensive English Course? It seems that many believe it is a course unto itself, a sort of separate entity.

Improve your Fluency in English Practicing these Tips! . . Accurate pronunciation in any language is important, but even more

Participation, not observation, is the key to speaking well.

Native English Teacher or Not?

People often ask me: “Will, my teacher, be just some native English speaker, or will he be a teacher as

Learn English Fast by Slowing Down

If you were hoping to find an article with the magic formula on how to: Learn English in 5 days,

Intensive Course – What’s it All About?

Find out more about our Courses

drop us a line and keep in touch